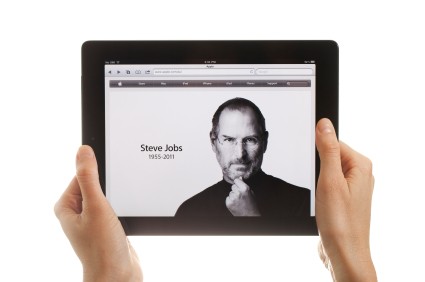 I recently heard about a book called “The Geeks Shall Inherit the Earth”. The premise is that the Geeks, the Nerds, and the folks that were not very popular in High School have often become very wealthy. You can think of numerous examples: Steve Jobs, Bill Gates, Mark Zuckerberg, the Google guys – Larry Page and Sergey Brin. These brilliant minds are behind numerous tech related, web-based, social networks, programs and software that have really changed our lives. Generally, those that are the most successful in life are like most of us. They have played by the rules, done the right thing, and had a few wild ideas or occasional experiences along the way.

While the Geeks rule the world now, what happened to those that were popular in school? The author gives examples showing that they are often not the most competent or successful later on in life. Unfortunately, the examples she cited showed that they would compromise their values and go along with the crowd. Some research has shown that less than 17% of those who were Valedictorians are successful later in life! They may be very bright academically but struggle when it comes to managing relationships and communicating effectively.

With the recent death of Steve Jobs, it caused me to think about what is really important and who has influence in the world. There is no question that Steve Jobs not only influenced and changed America, but he literally changed the entire world. Whether or not you were a fan of Steve Jobs and Apple products, you have to admit that his brain, his gift, his expertise, and his way of seeing the world, were pretty much without equal. He has been one of the most influential persons of our day.

As I think about his life and how it relates to Executive Brilliance and shining in your own life at home and in the workplace, there are several lessons that we can learn from his life:

There Was No Box!

We are bombarded with the expression that we need to ‘think outside the box’.  As far as I can tell Steve Jobs didn’t have a box! Since his death there are many that have read or heard his speech at Stanford. In that he talked about connecting the dots and the things in his personal life that helped him do that.

In his speech he reflected on events that were transformative in his life. Apple had its origin in a class that he took at a community college. He had dropped out of Reed College and enrolled in a Calligraphy class. When he was taking that class and working with the various fonts, he envisioned the difference this could make in the world of computers. He knew people could grasp more easily what was presented on the screen if the concepts, the words, and the layout of things were more in pictures and design rather than just plain old text. We all know the rest of the story.

This was just one example of how Steve Jobs was never confined by a box and didn’t think the way so many people think. He used normal learning experiences to come up with profound thoughts that gave us incredible results.

Another thing Steve Jobs was known for was his ability to fail forward fast. Many of his failures were well known: he dropped out of college, he split with Bill Gates, he was fired from Apple. But, he always seemed to land on his feet. One of the trademarks of Brilliant Executives is that they fail forward. Winston Churchill said, “The sad thing about experience is that it can be wasted on a person.” Failures were lessons for Steve Jobs. He used them, he learned from them, and as a result changed the world.

Integrate the Right and Left-Brain

He was, of course, a genius in the technical world. An environment dominated by left-brain thinkers.  But, he combined his left-brain thinking ability with very right-brain approaches. Going back to the Stanford speech, he talked about listening to your heart and intuition and how they will never fail you. This is another unique and outstanding characteristic of Steve Jobs and other Brilliant Executives who make a difference in the world. They know how to integrate the left-brain, practical, and linear though processes with the right-brain, creative, fluid, circular, spiritual aspects. They can blend the tangible with the intangible and create something phenomenal.

I am basking in admiring and appreciating what Steve Jobs has given to the world. It has given me pause to reflect in my own life and hopefully it has for you as well. We might not be a ‘Steve Jobs’ but we can, in our own small piece of the earth, make a difference where we are and with what we have. So I invite you to create your own box, to fail forward, and integrate the left and right sides of your brain!

This entry was posted on Tuesday, October 25th, 2011 at 9:57 am and is filed under Blog, Brilliant Leadership, Brilliant Thinking. You can follow any responses to this entry through the RSS 2.0 feed. You can leave a response, or trackback from your own site.